So after I repaired what I could and scoured the thrift store for what I needed, where else do I look before I succumb to ‘the chain’? In an ideal world, I would walk (not driving, walking!) to quaint, quirky independent shops- filled with casual conversations and invaluable social capital– owned by wise, old men (and women) or young, very good-looking mavericks who have been honing their craft, for all my needs; But for now that they have been swallowed by Wal-Mart, strip malls and seven-elevens, I turn to online independent businesses.

Etsy is such an online marketplace for independent sellers- sellers who are making a living out of their craft room/workshop/imagination. I have bought just about anything from custom halal doll (don’t know what that is? It is one without a face, you infidel! ) to the perfect scarf. 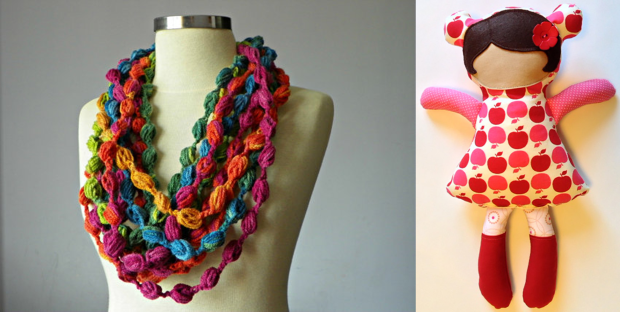 I love the fact that I can often shop local (there are international sellers, and I do buy from them as well), perhaps buying something that embodies her passion. For example ,while shopping for a very discerning three-year-old, I bought from a shop owner named Eileen, who *combines her passion for retro fabrics and love of adorable characters to create whimsical dolls, inspired by vintage storybook illustrations*! Eileen bent over backwards to accommodate all my bizarre requirements and saved me from entering a plastic purgatory. Now, I did pay three times more (with money that I saved by repairing and thrifting!) than what I would have in YouKnowWhere, but my money went to Eileen, along with her local suppliers and servicemen she employed-not to an offshore sweatshop.

Another (not-so-green) source that I employ is Ebay. Ebay often entails overseas shipping (as does most of the retailers’ product line) so this is definitely an Eco indulgence. However, I can appreciate the real, handmade Uzbek or Hmong textile (instead of an appropriated nylon lookalike), often from a small shop (instead of an assembly line) while supporting their respective craft and heritage. 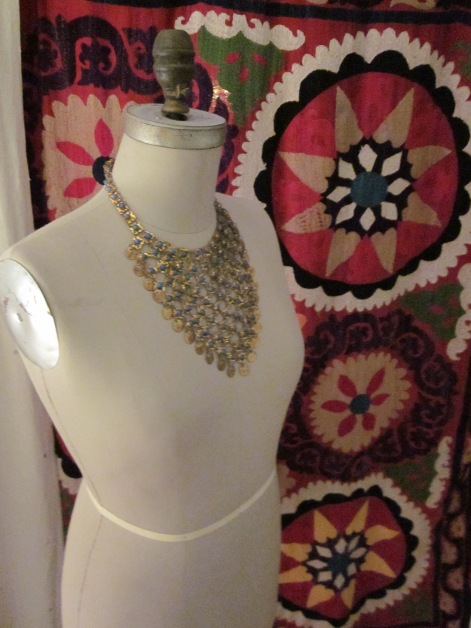 Why is it important to support independent businesses and local economy? For starter, from every dollar spent on an independent business, 54-68 cents stay within the community, where it is a mere 14 cents in case of big box retailers. This means less concentrated economic power and less income inequality. This also eventually entails stronger civic and social organizations and, richer civic life- simply by the virtue of the fact that the business owners themselves also live in their respective communities and therefore unlikely to take *business* decisions that may jeopardize community or environmental well-being- unlike giant retailers where every outlet is a mere business location. This reality hit New Orleans hard in 2005, after Katrina ravaged the communities. The stores owned and operated by the locals opened up within weeks- the bakery, the bookstore, the music cafe; while the Starbucks, the CVS, the Home depot did not bother to come back. True, the local shops opened up because they simply did not have any other way but also because they were driven by their sense of belonging, to serve their distraught community that had effectively been discarded by the Government and the conglomerates.

How is this topic relevant to Bangladesh, after all, we have independent business everywhere, for everything from flip-flop to furniture? For Bangladesh, with its dense population, is a goldmine waiting to be exploited by Wal-Mart and its ilk. They have tried (and failed) to encroach into West Bengal, and we might be the next on the hit-list. After I have witnessed and experienced the bulldozed landscape here, this is my personal nightmare. We need to be well informed about the impact of our wallet. After all, Shopping is a political act!

Learn more about the impact of local economy and how a community in the US fought big retailer here.

Here is a simple explanation to “but if I slow down my consumption,wouldn’t the economic hamster slow down as well?”:

A response to “Why is it important to buy fewer but buy better?”